As I stated in my previous blog, moving Themistocles' love interest to the front and center of my novel has done wonders for my plot. Archippe gives my hero a reason for doing everything from attacking Aegina to fighting off Persia. Marrying her is the goal to which Themistocles aspires, and he'll do anything and everything to obtain that goal. But who was Archippe, really? 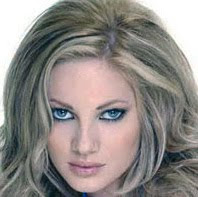 Archippe: What's in a Name?

According to Plutarch, Archippe was the daughter of Lysander of Alopece and the mother of at least three of Themistocles' living sons. We know very little about her, but we can deduce from both her deme (Alopece was the headquarters of the rich and influential Alcmaeonidae) and her name (Archippe means something like "horse master" or "dominant mare")that she was part of a wealthy family. We also know that she was Themistocles' first wife, because the statesmen was reported to have married another woman later in his life by whom he had several daughters. What happened to Archippe remains a mystery; other than her deme, father's name and her role as Themistocles wife, very little is known about her.

Having a character with unclear origins can be both a blessing and a curse. It's hard to historically tie someone like Archippe into the larger scheme of things because so little is known about her. The good news is that because so little is known about her, I can make up whatever I want! Thus I decided to connect Archippe to a minor branch of the Eteoboutadai clan, which is a great way to introduce her not only as an important person in Themistocles' life, but also as an important person in Athens.


The Eteoboutadai were one of the oldest and most prestigious families in Ancient Athens. Named after the hero Boutes (brother of Athens' first king Erechtheus), the Eteoboutadai were decedents of Bronze Age royalty and were in charge of the cult of Poseidon-Erechtheus and Athena-Polias. According to Pausanias, one wall of the Erechtheion even had portraits of the family on it. In short, this was one of if not the most important clans in all of Athens.

Whoever Archippe was, she was important enough to have her name remembered by historians, which was a rare thing for Ancient Athenian women. How she felt about Themistocles is unknown, but her being the mother of possibly five of Themistocles' many children points to a healthy love life, at least at some point during their marriage. Personally I'd like to think that they loved each other, but I assure you that in my story Themistocles is going to have to work hard to get the girl! ;)
Posted by Meghan at 10:42 AM 4 comments: