Hey. I thought you were writing a book?

But it's not The Owl & The Eagle (which I've put aside until I can solve some timeline/plot issues). Instead I'm tinkering with a fictional autobiography of Themistocles.

In case you need a quick brush-up on Ancient Greek history, Themistocles was the wily Athenian politician who outwitted his political opponents, convinced the Athenians to spend their newly acquired silver on warships instead of themselves, tricked the Persian king into action(twice), and convinced a very skeptical group of leaders from around Greece to make a heroic stand at the battle of Salamis.

Themistocles was NOT a hero. He was shrewd, deceitful, shameless, and self-interested (in short a true politician). But he was also a natural genius, able to take action while others were paralyzed with indecision. He's such a fascinating person; I'm shocked there aren't a lot of books on him. But I'm also glad because I wouldn't have to fight for shelf space the way authors of books on Alexander and Queen Elizabeth have to.

Currently I'm about two or three chapters into my book, and it's a lot of fun (I make Themistocles out to be a real rascal as a child). Since books like I, Elizabeth, I Claudius or anything else that starts with "I" are a success, I've chosen the very unoriginal title "I, Themistocles" for my book. I'm not sure it will be anywhere NEAR the brilliance of the above novels, but hey a girl can dream, right?

At any rate, that's what I'm working on right now. But worry not! I haven't given up on The Owl & The Eagle. It's still patiently waiting for me to figure some things out before I dive back into it. But since I'm stuck right now, I'm re-directing my energy towards a slightly (slightly!) easier project.

What do you think? Would you be interested in a "tell-all" book by Ancient Greece's premier politician?
Posted by Meghan at 12:05 PM 2 comments:

I'd like to take a quick break from my Greece pictures to bring you some pictures I took in Las Vegas over these past couple of days. Vegas was...well, interesting. I got to see the strip at night, have a cheap drink while playing Black Jack (I won $60!)and got to say I'd been to Vegas. Unfortunately it was hot, JAMMED with people, and the thin air made me tired and thirsty all the time.

At any rate, here are some pics! 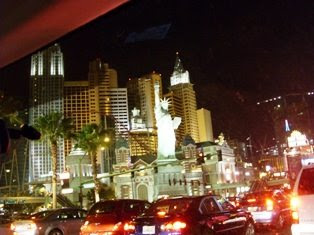 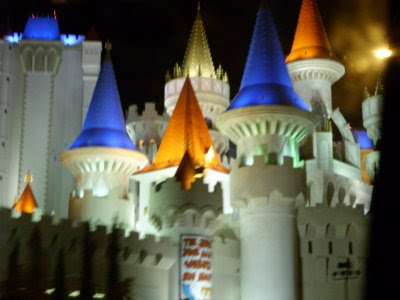 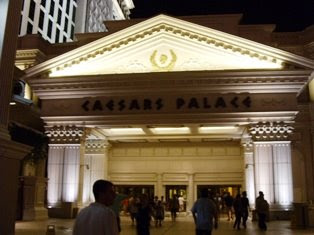 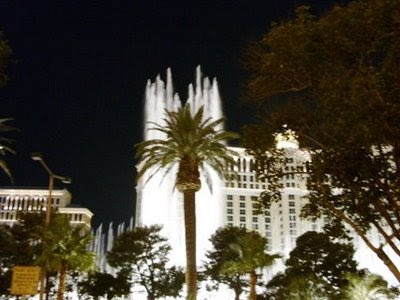 The water show at the Bellagio. 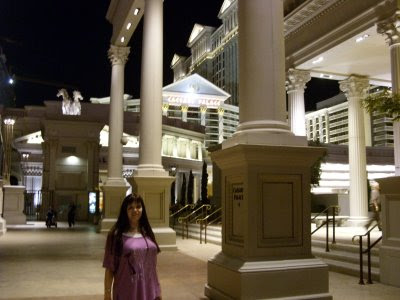 Me in front of Ceaser's Palace. 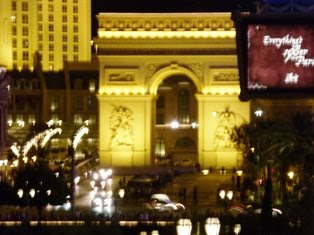 The Arc de Triomph...sort of. 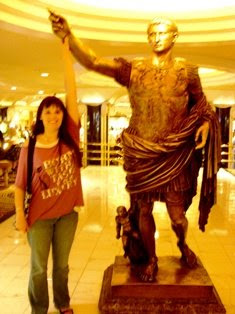 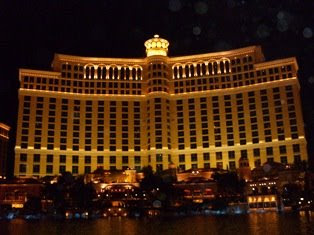 The Bellagio at night. 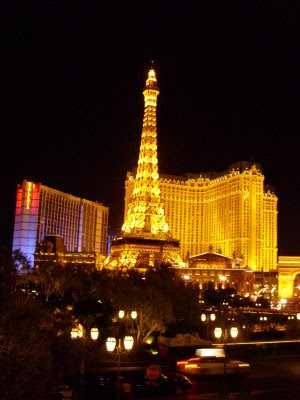