Ancient authors could not agree on where Themistocles' mother was from. Some say the wilds of Thrace. Others the cosmopolitan Halicarnassus. Still others say the western lands of Acarnania. Yet all agree she was a foreigner. 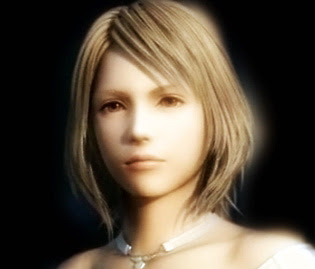 If Themistocles' mother was from Halicarnassus, she would have been raised in a very cultured and sophisticated city. The harbor town is located in modern day Bodrum, a charming and magical place that casts a spell on any who enter it. There, Euterpe would been caught up in the swirling tides of East and West. Oriental spices and fragrent herbs would be added to lamb and olives. The quays of the harbor would have been full crawfish and eel, a variety of fish, and even exotic sea creatures. She would have been exposed to a variety of cultures and classes. There were Persian soldiers and Phonecian sailors along the water's edge, Lydian merchants calling out their wares in the streets, and Cappadocian serving women swaying through the alleyways with water jugs and richly dyed robes for the mistresses. Euterpe would have struck Neocles as a rare gem, beautiful and irrisistable. He might have met her while on a trip to the city, or perhaps saw her gliding through the streets of Athens and vowed then and there to make her his bride. 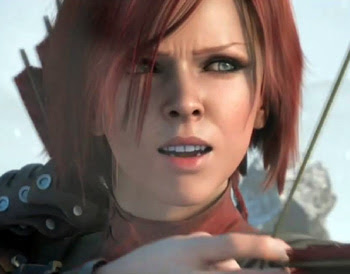 The people of Thrace were exotic and dangerous to the Ancient Greeks. They were known for their startling red hair, fox-skinned caps and knee-high boots. They were also known to be excellent archers, able to shoot arrows from the back of a horse. Perhaps Abrotonon learned to do these things at her father's side. Or maybe she learned to weave the thick Thracian cloaks that granted protection against the icy winters. Did Neocles meet this exotic beauty while on campaign around the Black Sea? Was he enraptured by her firey hair and equally fiery temper? Or was she was servant in his household, sweet and innocent and with nobody to depend upon but him? In either case, she must have been very special. 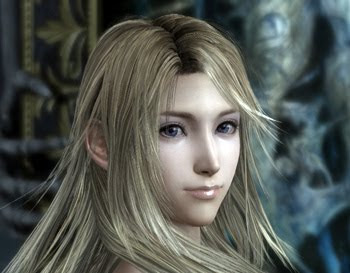 Acarnania is located in the mysterious wilds of Western Greece. Due to its strategic location and proximity to Italy, the cities of Acarnania were constantly entangled in wars. It is possible that this mysterious girl was a refugee, her family fleeing to Athens in the hopes of starting a new life, away from the constant battles. Neocles may have seen the fragile beauty in the countryside one day and offered her love and security, as well as a place to call home.

No matter where she was from, Themistocles' mother would have stood out. She probably spoke with a thick accent and was unfamiliar with the customs of Attica. She would have had to rely on her husband to teach her about local festivals (there were dozens) the beliefs and customs of his people and the land's history and politics.

In my story Themistocles knows very little about his mother. She dies in child birth and his father refuses to talk about her.
Posted by Meghan at 4:29 PM 2 comments: 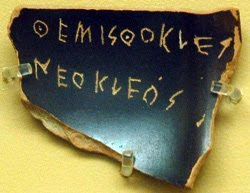 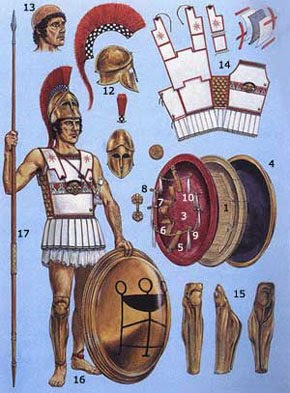 One of the things I learned at the conference this weekend is that it's important to have an engaging blog to keep people interested in you and your work. I've mostly used this blog as a way to sort out my thoughts and feelings about being a writer. That's going to change.

I'm shy about sharing my novel online for fear of losing rights to it. So instead I may start writing super short pieces about Ancient Greece exclusively for this blog. I'm also going to do more blogs about Themistocles himself. I'll answer questions like who is he, who are the people in his life and why he's so important.

I'm also thinking of starting a site dedicated to short stories based on historical fiction. There's virtually nothing out there for it and I think it would be a neat idea. I've brought this up before but never really knew enough people to get that started. As my network expands, I think it might be possible!

Obviously I've got a lot of plans. My blog is just the first step. Look for more exciting stuff in the future!
Posted by Meghan at 9:55 PM 4 comments:

I wrote a love note to Themistocles. I wanted to share it with the world. So I pitched my book to five different agents. Only two seemed mildly interested. Nobody wants to read historical fiction from a male perspective.

I'm crushed. I was told more than once the pitch was good and the story sounded interesting, but agents are there to sell books. What's hot right now is vampires and romance and over-the-top thrillers.

Here is my pitch. I hope my readers enjoy it.

When the world's largest empire threatens to invade his city-state, it is up to Themistocles to unite the factious people of Athens and save its fledgling democracy. To do so, Themistocles must lie, cheat, steal, bribe and bully his way to the top of Athen's fiercly competitive and fatal political game.
Based on the real-life naval commander who led the Greeks to victory over the Persian empire 2,500 years ago, I, Themistocles recounts the life of this extraordinary man through his own words.

Cheers to you, hero of Salamis. I love you and will fight to make your story heard.
Posted by Meghan at 2:20 PM 5 comments: